Leituras: " What do Russians think about Transition?'"

Leituras: "Avatars in the Workplace"

Leituras: "A National Study of Confidence in Leadership/Leadership National Index’2009”

“Survey after survey shows Americans, in general, to be among the world’s most optimistic people. Yet from the inception of the Center for Public Leadership’s National Leadership Index in 2005 through last year, Americans’ confidence in their leaders marched steadily downward. But even at the bottom of the trough, in 2008, the National Leadership Index findings revealed one glint of optimism: 39% of Americans—a plurality—believed things would be better after the 2008 election. And indeed, this year a resounding 87% of Americans professed confidence that with the right leaders, the nation’s problems can be solved.

This year’s findings suggest that Americans are entertaining the possibility that in some sectors better leadership may be emerging. For the first time in five years, Americans’ overall confidence in their leaders has risen. What’s more, the number of Americans who believe that their leaders “are effective and do a good job” has also increased, from 25% last year to 41% this year.

Clearly, these trends—continued faith in leadership’s potential, continued confidence in some sectors, and a clear rejection of leadership in other sectors—show that Americans have specific expectations their leaders must meet to win their trust. What sets this year’s National Leadership Index apart is that, for the first time, to better understand what drives Americans’ confidence in leadership, it delves into those expectations. For example, the findings show that trust in what leaders say and competence head the list of qualities that correlate with feelings of confidence in leaders. Almost as important are the perceptions that a leader is working for the greater good, shares your values, is in touch, and gets good results.”

"Rebranding Russia from Communism to Cool" 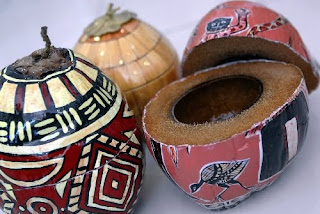